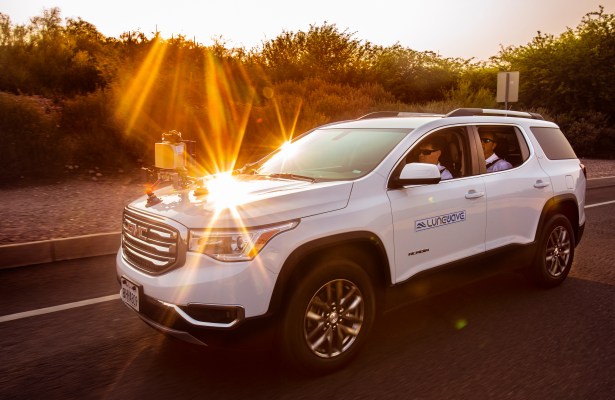 Lunewave, the Arizona-based startup developing a novel technology for radars for autonomous vehicles, has raised $7 million in financing as it gets ready for the commercial rollout of its systems.

With the latest funding Lunewave will continue to work with Tier 1 suppliers to establish strategic partnerships and jointly manufacture the company’s radar sensor, according to chief executive and co-founder John Xin.

The 3D printed Luneburg lens pitches features like broad bandwidth, high gain, and a capacity for forming multiple high-quality beams in all directions. The company said two of its sensors could replace 20 radar sensros used today.

The Lunewave radar has already gone through several pre-development projects with original equipment manufacturers and with ride hailing companies. “We’re very close to establishing a formal contractual partnership to commercialize our product,” said Xin. “By the end of the first quarter we will be able to announce a strategic partnership with a global tier 1 supplier.”

For Xin, the big pillars within sensors are cameras, lidar and radar, and he says that radar is the only one that works well in inclement weather conditions. “In the industry these days it’s becoming a philosophical discussion,” said Xin. “But we believe in sensor fusion. The more safety the better. Our job is to be the vendor choice for radar solutions.”

The company is also hoping to continue its penetration of the industrial vehicle market — another area where Xin says the Lunewave is beginning to see real traction.

“We believe that ADAS and AV systems will continue to make their way into vehicles, leading to a strong growth in radars as they are a core component of both systems,” said Rodolfo Elias Dieck, managing director, Proeza Ventures.

The company boasts that its technology offers 180-degree field of view in the horizontal plane and can detect objects surrounding a car with 6 times the resolution available today — even at long range and in poor weather.

As part of the funding, former BMW director Peter Schwarzenbacher and former Delphi executive James Zizelman will be taking seats on the company’s board of directors. Zizelman, who currently serves as the president of Stoneridge Contro Devices, was previous the vice president of engineering for Aptiv and an exec at Delphi Automotive.

“The technology that Lunewave is bringing to market provides the ultimate in value proposition,” said Zizelman. “Not only does this innovation bring truly superior technical capability in field of view, resolution, and other attributes, it also offers the opportunity to replace multiple radar units with a single Lunewave device—better and more cost effective.”